AGAPE* has been touring full-time as a musician for the last twelve years, performing for hundreds of thousands of youth across the US, and in eight different countries. He has recorded six CDs and has recorded with critically-acclaimed producer Ant (Atmosphere, Brother Ali) as well as Chris Brown’s producer Ra Charm. He has shared the stage with the likes of Arch- bishop Desmond Tutu, Toby Mac, David Crowder, Tony Campolo, and Gospel giant Kirk Franklin. In 2001 He co-founded JUMP (Joint Urban Ministries in Praise) a ministry dedicated to helping urban youth unleash their leadership skills through the arts. More recently he founded a youth-led worship service called AMP (All Metro Praise) which attracts hundreds of youth across the metro area each month. In 2009, he received the Tom Hunstad Award for excellence in youth ministry and his contribution to the lives of young people. His ministry was also recently featured in an ABC affiliated docu- mentary entitled “Peace of Bread” about food insecurity in America. 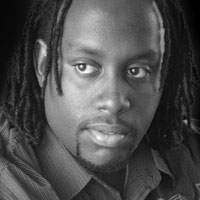 The Reverend Jonathan Hemphill is the founder and senior pastor of Another Level Ministries. Jonathan grew up in Southern California. He came to know the Lord through his mother who even though she did not attend church regularly, she sent him and his siblings to church. His mother eventually came to know the Lord as a result of his relationship with Christ. During Pastor Jonathan’s teenage years he fell away, making inappropriate choices for his life. Even through adolescence and his early twenties he experimented with clubs and promiscuity. Jonathan felt the hand of God tug at his heart and lead him to a new path. As with anything, when Jesus is put aside, life has a way of steering you back to your first love. Through trials and waywardness, Jonathan came to know that “for Christ we live and for Christ we die.”

It was in 2003 when Jonathan received his calling to ordained ministry. His educational pursuits led him to study at The Southern California School of Ministry to further pursue a degree from The King’s College and Seminary in Theology with an emphasis in Biblical Counseling.